Establishment and activities of the Department

The Department of Pathological Physiology was established on the basis of Order No. 4/7 dated October 30, 1990. the first rector of the Bukhara State Medical Institute named after Abu Ali ibn Sino, professor A.I. Muminov. The head of the department was appointed candidate of medical sciences, associate professor Ato Boltaevich Boltaev, who worked at that time at the Bukhara Pedagogical Institute. 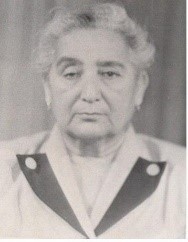 This period was a period of effective achievements in the scientific activities of the department. 6 candidates were defended at the department, much attention was paid to educational work, the department was equipped with the necessary equipment for conducting an experiment. In 1999, several students took part in the Republican Olympiad in Science in Andijan and took pride of place. Usmanova R.A. worked as the head of the department from 1993 to 2005.

In 2016-2018, the head of the department was appointed Bakhmal Odilovna, candidate of biological sciences Komilova. During this time, multimedia was created and a number of scientific articles were published.

In 2019, a separate department of “Pathological Physiology” was created. By order of the head of the department, Abdullaeva Muslima Akhatovna was appointed.

Doctor of Philosophy in Medical Sciences (PhD) Abdullaeva Muslima Akhatovna was born on April 6, 1971 in Bukhara. In 1989 she entered the Samarkand Medical Institute and graduated in 1994. The department has teachers Turaev U.R., Bakhronov Zh.Zh., Khamidova N.K., L.V. Kadyrov, O’O Navruzov.

In 1994-1995, he completed an internship at the Bukhara Regional Clinical Hospital, specializing in hematology. On July 5, 2019 he defended his dissertation. Since August 2020, he received an associate professor’s degree. Since September 2019, he has been working as the head of the Department of Pathological Physiology.

In February 2019, the head of the department, Abdullaeva M.A. was awarded a certificate after completing an internship and exchange of experience in the field of pathology at the University of Kazakhstan named after A.L. Farobi.Dean of the Faculty of Curative Pedagogy and OkhI, Bukhara State Medical Institute, Professor A.R. Oblokulov, Head of the Department of Pathological Physiology M.A. Abdullaeva, teachers of general hygiene and ecology Z.Yu. Djumaeva, A.A. -Kazakhstan University named after Farabi. As part of the academic mobility program, we visited the University’s School of Medicine and Public Health. (dean of the faculty of tf.d., professor Kalmaeva Zh.A.).

The faculty prepares medical personnel for undergraduate programs and internships in all educational programs based on international standards and new scientific achievements.

The faculty has two schools: the School of Public Health and Medicine and the Scientific and Practical Center “Innovative Health”.

We were introduced to the activities of the scientific library of the Kazakhstan University. Al-Farabi. The library is the center of information, education and culture of the university. On the first floor of the library there is a museum dedicated to the life and work of the philosopher and encyclopedist Abu Nasr al-Farabi at-Turk, who lived and worked in the second half of the 10th century.

On the basis of Academic Mobility, our teachers will conduct master classes on the use of the “Mind Map” in teaching clinical sciences, the application of “Syncway” in practice, “Assessment” and “SWOT analysis”.

Practical classes, seminars and lectures are held for students and trainees. Students listened to lectures with interest and actively discussed practical lessons.